首页dynamic news "China Captain" and many other themed films lead the National Day box office. Did you "burn" on this National Day?

"China Captain" and many other themed films lead the National Day box office. Did you "burn" on this National Day?

In the golden autumn of this harvest, we celebrated the 70th anniversary of the People’s Republic of China. All the way, we experienced the rain and snow, the rain and the rain, the humiliating years of being bullied by the Western powers, we finally straighten up. Waist, you can be a Chinese! 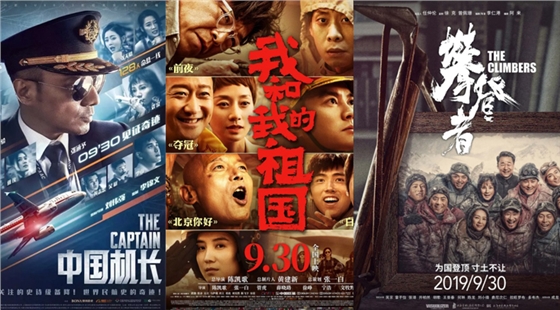 During the National Day holiday, Tiananmen Square held a grand military parade. I believe that everyone's heart will involuntarily rise to a strong national pride and tears for the strength of our country. In addition, the cinema also released a series of patriotic films, such as "I and My Motherland", "China Captain", "Climbers", etc., all telling the magnificent and ups and downs of the 70th anniversary of the founding of the Republic.

These main melody films also gave a vivid patriotic education class to the audience after the 90s. I don’t know if you walked into the cinema during the vacation to see these patriotic movies.

Every movie is wonderful, and every movie has a strong patriotic sentiment. But what impressed Xiaobian most is the "Captain of China", a film that is based on real events and highly restored historical prototypes. It tells the story of China’s captain Liu Chuanjian’s emergency flight to the Sichuan Airlines flight 3u8633.

As for the detailed process of this critical incident, I believe that everyone has already understood it, and Xiaobian will not repeat it. After watching the movie until now, the mood can not be calmed for a long time. In the extreme environment that is completely unsuitable for human survival, Captain Liu Chuanjian still maintains calmness and professionalism, races against time, and makes emergency backup. The plane finally arrives safely at Chengdu Shuangliu Airport, and all passengers land safely. .

This fully mentions the superior psychological quality and professionalism of the Chinese captain. He must praise him for calling, but it also shows that the quality of our Chinese-made aircraft is excellent, and it can withstand the test of harsh environment.

Custom case for data tape transportWhat are the domestic rack cases similar to the Pelican rack case?Can Tricases rotomolding cases be airdropped?"China Captain" and many other themed films lead the National Day box office. Did you "burn" on this National Day?India shoots down its own aircraft and destroys its own helicopter